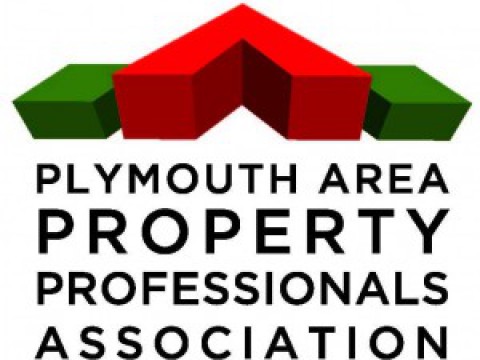 PAPPA Golf Day takes place this year on Friday 19th June and Hackworthy are once again sponsoring this great event. For the fourth year in a row Hackworthy will be the main sponsor for this worthy cause, Horizons. The Plymouth Area Property Professionals Association charity golf event aims to raise money for this brilliant charity as they help disadvantaged and disabled children from communities in Plymouth improve self-confidence and social skills through water-based activities.

The event includes a full round of golf and an evening meal followed by entertainment. Some of the entertainment is in the form of games!

Every year Horizons helps hundreds of young children in around 3,000 sessions so it’s an honour to us to be able to support these disadvantaged young adults in building confidence, social and practical skill sets.

Find out how you can help Horizons or contact a member of our team for more information. 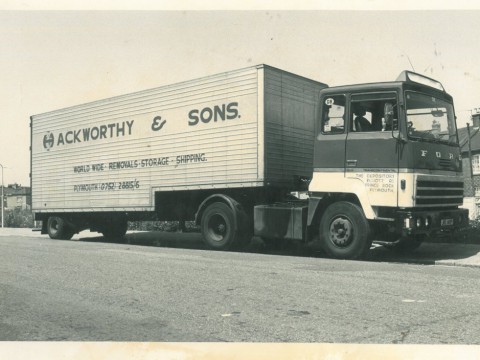 Hackworthy & Sons is one of the leading, and largest, removal companies in the South West, covering most of Devon and Cornwall. We began our empire in 1972, establishing ourselves as a trustworthy, family-owned business and founded by former RAF pilot Ron Hackworthy. Ron’s son Reg and his wife Ruth now run Hackworthy alongside third generation Hackworthy’s; their son Kevin and their daughter Vicky with the 4th generation also set to join the family business.

We weren’t always a removal company though, we started out as a parcel courier firm but identified that we needed to diversify in order to flourish in the market. We began moving new furniture that then turned into carrying out removals up and down Devon. This was the real turning point, in 1976, in which we started seeing massive growth and potential for more and just four years after Hackworthy was founded the business quickly took off and we began leasing a warehouse in Prince Rock, which we later purchased.

When Reg and Ruth took over Hackworthy in 1991, they began winning multiple national and local removal and distribution contracts and 15 years ago expanded Hackworthy into the self-storage industry. Although the self-storage aspect of our business grew slowly from only a handful of our warehouse units, we eventually saw the potential that the self-storage element had as an individual company. Plymouth Self Storage was born which now operates from 2 sites in Plymouth.

Reg and Ruth together accumulated many awards and accreditations including, in 1999, the BSEN12552 in Domestic Removals. This is a stamp of quality and standards, showcasing a businesses commitment to deliver high-class service and we became one of the very first companies in the UK to achieve this.

Then in 2004 Hackworthy spotted another gap in the market and we decided to expand our current business. SP Cocks Removals of St Austell was our next step and we acquired them just four years before we expanded our Plymouth Self Storage business by leasing a second warehouse.

Hackworthy, Plymouth Self Storage and SP Cocks are all thriving businesses which continue to grow every year. We hope that our history really shows the dedication, drive and enthusiasm that we have for delivering such a high quality removals and storage service.

Hackworthy and Sons is proud to announce that we have become the first removal company in Plymouth to be given the Which? Trusted Traders.

The accredited status is an absolute privilege as we are the first in Plymouth and we had to complete a full complaints audit as well as an onsite visit. Which? are consumer champions so to be recognised as the trustworthy and client-friendly company that we are is something we’re extremely proud of.

This is another achievement and recognition for us in a long line of accreditations from other organisations. You may remember that in 2011 we were awarded the British Standards for Domestic Removals badge after passing an inspection every year for 10 years with flying colours. As well as this we were finalists in the competition organised by the British Association of Removers to find the ‘Domestic Mover of the Year’.

Our Managing Director Vicky Hackworthy is delighted to achieve the coveted accreditation from Which? as she said: “They have been synonymous with championing the needs of the consumer for such a long time, people trust the Which? brand.”

The title comes just as we enter our 43rd year of being one of the leading and now the most trusted removal company in Plymouth.

Find out more about Which? and see our Trusted Trader listing here.

A Special Load – On behalf of the Lenkiewicz Foundation 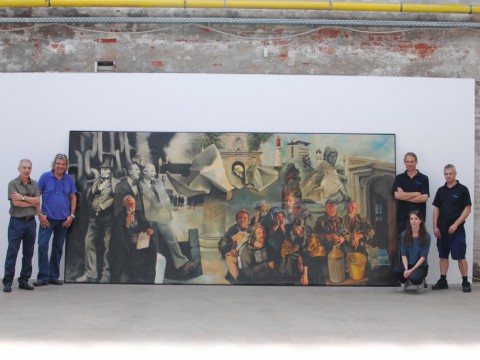 We have just completed the delivery of a large number of Lenkiewicz’s painting to Leipzig, Germany on behalf of the Lenkiewicz Foundation.

It is the first exhibition in Germany of paintings by British artist Robert Lenkiewicz (1941-2002) to be held at Spinnerei, Leipzig between 23 June and 21 July.

It’s fair to say this is not the kind of job we complete every-day and there was a fair amount of nail-biting in the office but the guys did a great job;

“Our Leipzig adventure is going well so far, thanks in large part to your drivers Jay & Jason. They were very helpful, we enjoyed working with them. They are pictured beside our largest painting Plymouth Building it’s Future.”

We wish the Lenkiewicz Foundation every success with their exhibit. For more information on the exhibit please click here 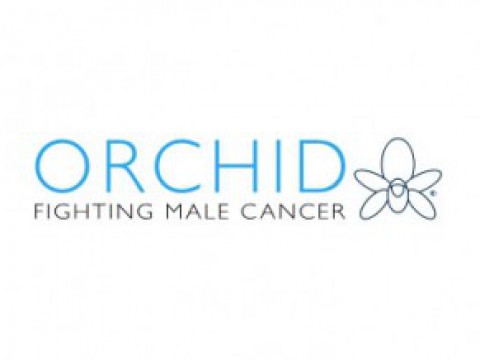 Gareth O’Brein is fundraising with the aim of climbing 5 mountains after being in remission for 5 years. He is currently in Peru about to rembark on the first of the five peaks; Machu Picchu in Peru.

Gareth is climbing in support of Orchid, the male cancer charity which exists to save men’s lives from testicular, prostate and penile cancers through pioneering research and promoting awareness. He has already raised over £4000 and people can donate on his Just Giving Page.

We have been able to help by donating some equipment and wish him all the best. 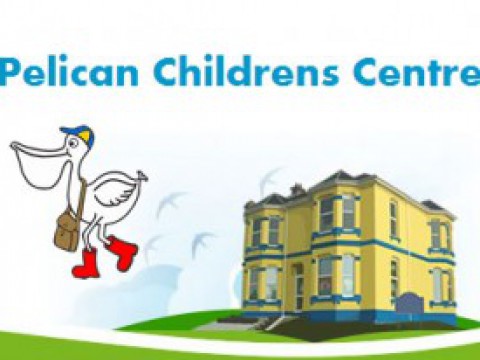 There will be lots of busy green fingers this year at the Pelican Centre Centre this summer.

They have installed raised beds for the children to learn about gardening and to explore the outside environment. We have been able to donate new equipment so the children can get hands on.

The Pelican Childrens Centre opened its doors in September 1997 to provide parents who wanted to return to work or further their education with affordable childcare. They have gone from strength to strength and have been awarded “Outstanding” by OFSTED which is the  highest grade in childcare standards. 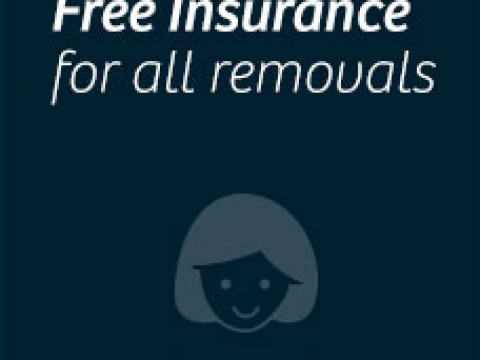 One good reason to say thank you, 40,000 reasons to fell assured.

We would like to say thanks to all our customers this year by giving them £40,000 of free removal insurance.

Ensuring your goods are fully protected against damage during the removal process is vital to your peace of mind. The industry standard is to provide a limited liability cover within the basic removal cost and charge to provide full insurance cover.

Throughout this year we will be providing cover to the value of £40,000* just as a thanks for putting your trust in us during this stressful time.

Just book your removal with us in 2013 and we’ll do the rest.

Moving soon and need a quote? Fill out our on-line full quotationor give us an call on and  01752 228815 and we will arrange for one of our estimators to call and complete a survey. 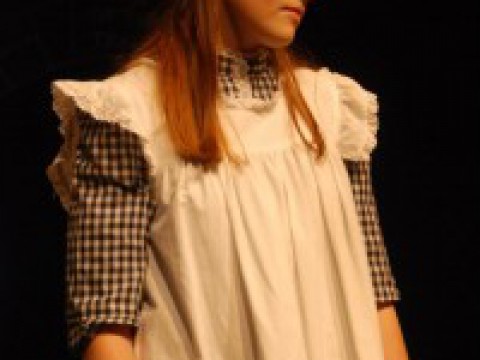 Western College Players are Plymouths oldest amateur theatre group they perform number of shows each year, past productions have included The Graduate, Kes and Little Women.

In January we were able to provide free transport for their equipment and props for their performance of The Railway Children in the Drum Theatre, Theatre Royal. Lots of hard work is put into these great performances and we were pleased to be able to offer our help.

Check out their webpage for upcoming performances; http://www.westerncollegeplayers.com/index.html 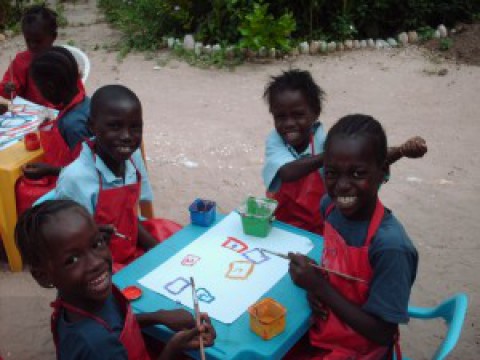 Ex –teacher Debbie Williams and all her helpers have been working tirelessly to collect donated items from local schools and individuals to ship to The Gambia for use in the local school and community of Madiana.

Since 2008 Debbie has helped improve lives of children in Madiana through education and skills training. Check out the photos of the local children painting for the first time items. We are really pleased that we are able to provide storage for all the donated until they are ready to be shipped.

Did you know just £25 will pay for a child to attend school for the year! Check out their facebook page for ways to help, donate or to just find out more; https://www.facebook.com/#!/pages/Gambian-Projects/109785972388767?fref=ts 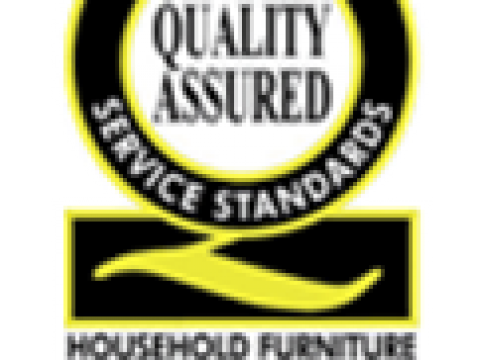 We are very pleased to announce that we have recently passed a British Standards for Domestic Removals Inspection conducted by Quality Service Standards Limited. The inpection has been conducted on an annual basis since 2001 and we have passed it every year. We were the first company in the South West to pass this inspection.

These are some comments from this years report;

“The company is obviously well managed and operates to a hight standard,”

“The client is recommended for continued certification to this standard.”

We are thrilled with this result and look to continue this high standard of service offered to our customers. 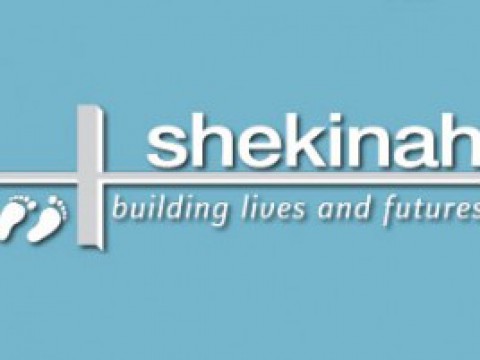 Plymouth based removal company Hackworthy & Sons have agreed to offer their ongoing support to local charity Shekinah. As run as running a Drop-In Centre In Bath Street, Shekinah also run a Hostel in the city as well as delivering a number of key rehabilitation courses for substance mis-users.

Hackworthy & Sons are looking to encourage their customers to donate any unwanted clothes, blankets and electrical items, these items can either be given directly to the homeless, used with their hostel or sold to raise much needed funds via their shop at Union Street. Company Director Vicky Hackworthy explained; “When people move house it is a natural time to de-clutter. Very often people decide to discard perfectly good items, just because they no longer personally need them. We will be asking our customers to allow us to pass on these items to Shekinah, having seen their work at first hand we know that they will point any items to really good use”.

Local businesses can play a significant part in sustaining the future of Shekinah ; “Smart, creative, long term partnerships like these can really change the lives, aspirations, achievements and skills of local, vulnerable people,” says John Hamblin, chief executive, Shekinah.  “Long term corporate support from the business community is essential for our charity to thrive and has a positive impact on all sides.  With Hackworthy and Son’s help, we can drive up donations and continue to move Shekinah forward,” he adds. 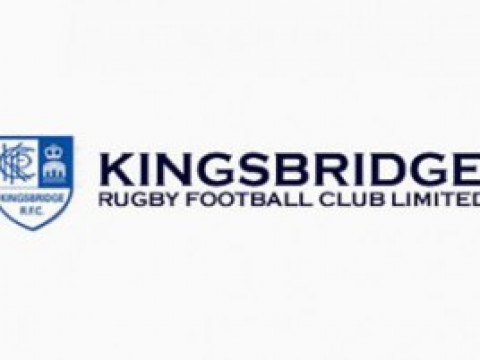 Devon based removal company Hackworthy & Sons are the latest high profile sponsor to support Kingsbridge Rugby Club. The blue and whites will be sporting a brand new away kit which is a reverse of the current home strip and features Hackworthy & Sons as main sponsor.

Hackworthy & Sons are one of Devon’s largest removal companies. Established in 1973, they have built an enviable reputation for quality and service and specialise in local, national and international relocations.

Geoff Robins the Sponsorship Manager for Kingsbridge Rugby commented; “We are delighted to welcome Hackworthy & Sons on board as a sponsor. They have a first class reputation within the area, they are precisely the kind of company who we are looking to support us. I am looking forward to developing a long-term relationship that benefits the club and sponsor alike”.

Vicky Hackworthy, Director of Hackworthy & Sons said; “We are delighted to support Kingsbridge Rugby, they are a very successful club which has a real family environment, as a family run business ourselves we know that this can be a very important component towards developing success. Kingsbridge and the South Hams are very important areas for our business so we are delighted to show our support for the club and for the area”.
As well as supporting the first XV Hackworthy & Sons will also be supporting the junior rugby within the club.