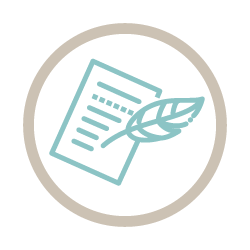 It Must be a Family Thing

Hackworthy’s is a family-owned business, established in 1972. Now run by second and third generation family members, we’ve grown to be one of the largest independent removal companies in the South West.

Founded by Ron Hackworthy, the company was originally set up as a parcel carrier firm but soon diversified into moving new furniture and from there to carrying out removals. The business quickly took off and in 1976 we took over the lease of a warehouse in Prince Rock, Plymouth, which we eventually purchased.

Ron’s son Reg and his wife Ruth took over in 1991. They developed the business, winning national and local contracts for removals and distribution, and by 1998 we decided to expand into the self-storage market. Beginning with just a few units in the warehouse the business steadily grew and became a separate company, Plymouth Self Storage.

In 1999 we became one of the first companies in the UK to achieve a BSEN12552 in Domestic Removals, confirming our commitment to quality and standards.

We’ve always believed that reinvestment in the company is key. In 2004 we acquired SP Cocks Removals of St Austell and in 2008 we took on a second warehouse in Plymouth to expand our self-storage capacity.

Our staff, many of whom have been with the company for over 18 years, have played a huge part in our success. “They have shown great commitment,” said Reg. “I doubt the company would be in such a strong position as it is now without their support.”

We’ve built our business on one underlying principle: to treat others the way we would like to be treated.

Whether it’s our customers, our staff, suppliers, or the local community, we think it’s important to put ourselves in other people’s shoes and consider things from their perspective.

We believe this ethos has had a huge impact on our business over the last 40 years. For us, it’s all about providing the best possible service and building lasting relationships, which is reflected in the fact that much of our work is based on repeat business and recommendations.