The Top 10 Best Cities To Live & Work In The UK

If you’re looking to relocate to another city within the UK, there are plenty of fantastic options out there for you, some of which have been ranked in the top cities in the world.

Hackworthy & Sons has been providing UK removals services for over 40 years and has moved customers all over the country, therefore we wanted to put together the cities we have found to be the top 10 best cities to live and work in the UK.

So if you’re not sure which city you’d like to move to yet, this might give you some help to make your decision.

We've found Bristol to be amongst the top best UK cities to live in, this is likely to have something to do with it’s ideal location. If you’re wanting to move to the city but still be able to visit the coast for holidays, Bristol is a location to move to in the UK, being so close to the motorways allows you to travel to wherever you need to go to fairly quickly. Additionally to this, moving to Bristol means that you will have an international airport right on your doorstep without the need and hassle of having to travel, allowing you to travel somewhere abroad in the matter of just a few hours.

Perhaps surprisingly, London has not been identified as one of the best UK cities to live in, therefore if you are looking for a similar vibe to London in terms of the work that is on offer, Bristol provides some great opportunities and is often described as a mini London.

If you’re starting up a business and are interested in moving to Bristol, the city ranked 2nd place in the Start-up cities index in 2017 and at that point was home to almost 20,000 businesses. As well as this, Bristol has been found to have a significant percentage (45.6%) of their working population holding university degrees (or equivalents), making this a fantastic city for both employers and employees.

In 2018, following a study from the Royal Mail, Edinburgh was awarded the title of “Most attractive city to Live and Work in” for the UK. This was based on the education options, healthcare, employment potential and more and established that an average weekly salary of workers in Edinburgh calculated to around £578 per week, the second highest to that of a weekly salary in London.

Home to the Royal Bank of Scotland and Aberdeen Standard Investments, Edinburgh makes a great choice of city to move to in the UK for those particularly looking for career options in financial services and banking.

For more information on working and living in Edinburgh, we found this useful blog about Living in Edinburgh which has got some considerable points on why Edinburgh is a great place to work and live. Edinburgh has everything to offer you would expect from a major city including world-class events, international restaurants, and lively nightlife, all within a compact, walkable space. If you are an outdoorsy person you will definitely love Edinburgh since you can find a lot of beautiful destinations and hiking routes around the city but also a lot of green spaces within the city.

If you’re a keen rugby fan and enjoy watching a concert or two, Cardiff is home to two of the cities biggest entertainment venues, The Millenium Stadium and Motorpoint Arena, with this potentially being a good enough reason alone to be one of the best UK cities to live. However, there are obviously many other benefits, including, the connections to other areas in the country, with London and the South West being only a few hours away, similar to that of living and working in Bristol.

Would love to live in London, but don't want to become a victim of the extortionate living costs? Cardiff is a great alternative, with the cost of living being 38% cheaper than living in London, as well as property prices, council tax and general expenses total calculating below the average across the UK.

Those looking for a job in the services sector, in Cardiff, will have a vast choice, being home to many financial services, call centres and insurance companies such as Admiral.

Cardiff has also become increasingly popular with the TV and Film industry with huge names filming here such as Doctor Who and Casualty. This is another industry providing a lot of great job opportunities, contributing to Cardiff being listed as one of the top 10 best UK cities to live in.

York provides a fantastic opportunity in terms of moving with children, thanks to it’s thriving education sector, with over 90% of children attending a ‘good’ or ‘outstanding’ school, helping to contribute to low unemployment levels and high skilled workers.

Looking into working in York, the city was put into second place in the UK for employment, as a result of it’s expanding business services sector driving growth. Like some of the other cities we have discussed, York is also home to some popular brand names, for example, Nestle/Rowntree and Aviva, providing some great job opportunities in the area.

However, thanks to its location, York is on the doorstep of some other great cities with vast amounts of job opportunities such as Manchester.

The city has previously been described as “big enough to feel cosmopolitan and small enough to feel homely” as well as having “the fastest internet in Britain”. If this isn’t one of the best reasons to relocate to York, I don't know what is.

Home to one of the biggest and most prestigious universities in England, it's no surprise that the city succeeds in the education and academic sectors, providing great opportunities for teachers looking to move to Oxford.

The city provides around 114,000 jobs of which some recognisable employers such as BMW, BT, the charity Oxfam and many more contribute to.

With around 40,000 students it is a very young city with lots going on from events of all kinds like music events, comedy and art over to a vibrant nightlife. Oxford offers a lot of parks and green spaces as well and isn’t a big city either which makes it easy to get around.

If you love big city life but London is not your cup of tea, why not consider Reading ? Reading is just a stone’s throw away from London with a 30 minute commute by train. The airports Heathrow and Gatwick are also just a 40 minute bus drive away.

But not just London is easy to commute to, with the M4 around the corner, Reading is a strategically well located city that enables you to easily travel to the Southwest, South Wales or for example Oxford.

The city prides itself with its research intensive University and a flourishing IT sector featuring well known companies like Microsoft, Cisco and Oracle. This, and a steady economic growth make Reading a very attractive city to work and live in.

Reading is also known to have a multicultural and welcoming culture. Being a University City, it offers a vibrant nightlife with clubs, bars and restaurants. But that’s not everything Reading has to offer. Reading also has a lot to offer in terms of Arts and Culture. Next to many small festivals it hosts the famous Reading festival with almost 90,000 visitors each year. But also drama, comedy and art are a big part of Reading’s culture.

Southampton, famously known to be the port where the Titanic departed from in 1912 provides a lot next to its rich history displayed at many museums like the SeaCity museum, the Tudor House and the Solent Sky. The city is also home to 30,000 students studying at two different universities contributing to a very diverse culture. Southampton’s academic reputation has drawn in students from more than 135 countries.

Southampton is the perfect place for you if you enjoy doing water sports or sailing. Right in front of Southampton the Isle of Wight is located where the Cowes Week takes place every year, one of the oldest and most respected regattas in the world. But even if you prefer to spend your free time on dry land, Southampton has a lot to offer with more

The second largest metropolitan economy in the UK, outside of London, if you are searching for a career similar to that of London careers, Birmingham is again a considerable option thanks to its lower cost of living.

The cost of living in Birmingham sees a significant difference in comparison to the cost of living in London - a 22% decrease at the time of writing, to be specific - with the benefit here being that the average starting salary in Birmingham is still similar to London of £30,000. By opting for Birmingham over a move to London, this will likely leave you with more disposable income to enjoy the benefits of the city, and London is still only a couple of hours away if you want to visit.

In terms of living in Birmingham, Did you know in a study carried out at the end of 2018 that Birmingham made the top 50 best places to live in the world? The study rated Birmingham as number 49 in terms of quality of living and number 53 in terms of personal safety. Although the report is often used to determine the attractiveness of a city for businesses, this will have quite a lot to say for those looking to relocate their lives to Birmingham also.

Much like Cardiff, Birmingham hosts a variety of global events in the Birmingham NEC, which not only hosts global stars such as Lady Gaga, but is also the nations No1 venue for trade and consumer shows. Other notable attractions in the city worth visiting is the Sea Life Centre and the infamous Cadbury World.

Home to Media City, Manchester is a fantastic option to consider a move to in the UK if you are interested in a career in media. Another one of the city’s largest sources of employment is the Finance sector, as well as the manufacturing sector which employs 1 in 10 people in Manchester, within companies such as Kelloggs, McVities, Boo Hoo and many more.

Neighbouring Manchester is the beautiful location of the Peak District, as well as the coastal resort Blackpool, so whether you are looking for an area to relocate near to the beach or the countryside, Manchester can give you this.

It won’t come as any surprise that Glasgow, is another city that provides a cheaper alternative to London, but it’s also 10% cheaper than the rest of the United Kingdom, with an average salary being approximately £26,000 per year.

In 2018 the Scottish city was ranked as the 10th best places to live and work in the UK, this probably has something to do with it’s beautiful surroundings and vast job opportunities.

With nearly half of the working age population qualified above A-level equivalents, the access to education is one of the many benefits of making a move to Glasgow with a family.

Scotland’s largest urban economy, provides more than 400 thousand jobs, with 1 in 4 people being employed in the public sector.

Glasgow is a fantastic place to live if you are looking to live in the city with the benefit of the countryside on a weekend. On your doorstep is Scotland’s first National Park, Loch Lomond, a stunning destination to visit in your spare time to take part in some watersports. You might even see the Lochness Monster!

Looking at all of these cities, it is clear to see that the best uk cities to live in and work are scattered all over the United Kingdom.

If you are considering a move to one of these cities or elsewhere and are looking for removals companies to carry out your move, get in touch with Hackworthy for more information or get a quick quote from our website today. 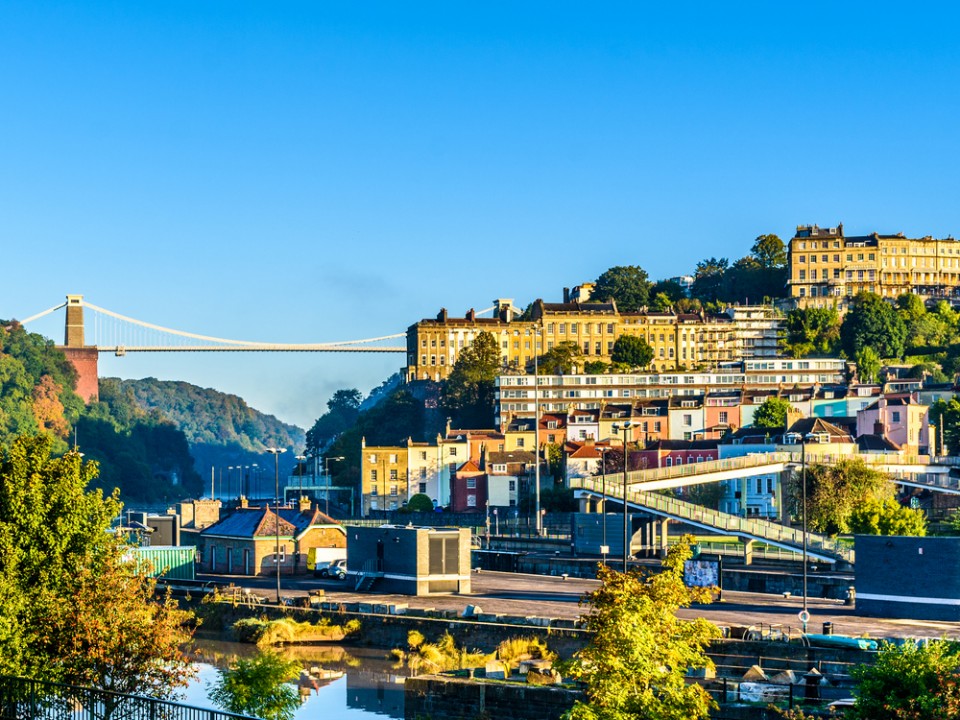 Previous Article The Top 10 Easiest Countries To Immigrate To In...
Next Article What Does Being A Which? Trusted Trader Removal...