Thanks to over 40 years of experience in the removals industry, Hackworthy & Sons has helped move thousands of customers into their new homes and aim to make this as stress free as possible. We’ve learnt a few things along the way that we think you may find useful in the lead up to your house move to help you feel relaxed throughout the removal process. 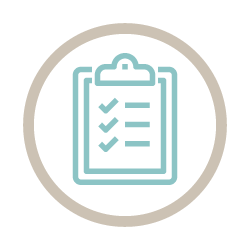 1. We will visit your current home

Once you have contacted us for a detailed removals quote, we will organise a visit to your house to survey what you would like moving to price up the cost of your move

When we have carried out our survey, we will send you over a quote detailing the cost of your house move.

If you haven't already discussed this with the Hackworthy team that visited, you may want to consider adding a packing service or storage solution.

Once you have signed the dotted line to using Hackworthy as your removal’s company, your next step would be to start packing depending on the date of your move. For more tips on things to do in the lead up to your move take a look at our moving guide.

The time has come for you to move house, our team will arrive at your home ready to carry out your move.

Preparation is important when moving house and the easiest way to ensure that you feel as little stress as possible is to make sure you have as clear an understanding of the process as possible. We’ve been carrying out UK Removals for some time now and so to help, the Hackworthy & Sons home moving team have put together a helpful checklist of tasks to do in the lead up to a move. 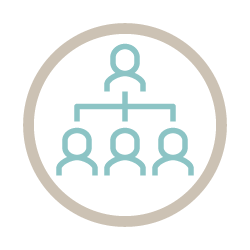 Why not think about taking some photos of the children in and around the house and pick up some momentous items that will remind them of the old house and make up a scrapbook of their time in the old house. You could include images of their bedroom, perhaps use some of the paint from their room in the scrapbook, to create something where they can look back on their old house if they want to. This will be really helpful in the first few weeks of moving as they get used to being in a different environment.

Talk about the move

It is important that you talk about your house move with your children as this will affect them more than you think, especially if you are moving far away from your previous home and away from their friends.

By talking about the move with them this will make them feel part of it and help to control their expectations as well as showing them that the move is not just for you as parents but for them as well. Focus on the benefits of the move, for example if they have a bigger room at the new house or a playroom, this is likely to make them feel more positive and excited about the move.

If you haven't been able to arrange childcare for the day of your move, try assigning roles to the children to involve them in the removals process, this will keep them busy but will also make them feel important which is crucial when they are not keen on the idea of moving house. Let them choose where things go in their room and perhaps where some of the items in other rooms should go, as this will help to make them feel at home by getting involved with where things should be.

Make sure that the boxes that contain children’s toys are packed last onto the removals van, or even into your car if there's enough room. As not only will this occupy them and allow them the opportunity to play until the time comes to move, but this will also mean that this is one of the first boxes that can be taken out at the new house for them to play again once all of the furniture has been put into their rooms.

Make the children feel at home, by unpacking their rooms first, this will help them settle into the new house by ensuring that they have their own space to feel comfortable in and also a space where they can play whilst you’re unpacking the rest of the house. Ask somebody to look after your pets

When moving house, consider asking somebody to look after your pets to reduce the disruption to their routine. This will also reduce your worries about them when you are moving and allow you to totally focus on the task at hand.

If you are unable to get somebody to look after your pets during the move, much like moving with children, try to pack their things last to provide them with the comfort of the familiarity of their toys and blankets until this needs to be moved.

Again, this will be the first thing to be taken off the removal van if packed last and can be placed into a secure room that they will be comfortable in whilst the rest of the house is being unpacked into your new home.

There are many other useful tips that will help you when moving with your pet, however one of the final things you must make sure to do as soon as you have moved is to change the microchip details of your pet, to reflect your new address, so that should they get lost they are registered to your new home address.

Request a call back