Hackworthy & Sons is one of the leading, and largest, removal companies in the South West, covering most of Devon and Cornwall. We began our empire in 1972, establishing ourselves as a trustworthy, family-owned business and founded by former RAF pilot Ron Hackworthy. Ron’s son Reg and his wife Ruth now run Hackworthy alongside third generation Hackworthy’s; their son Kevin and their daughter Vicky with the 4th generation also set to join the family business.

We weren’t always a removal company though, we started out as a parcel courier firm but identified that we needed to diversify in order to flourish in the market. We began moving new furniture that then turned into carrying out removals up and down Devon. This was the real turning point, in 1976, in which we started seeing massive growth and potential for more and just four years after Hackworthy was founded the business quickly took off and we began leasing a warehouse in Prince Rock, which we later purchased.

When Reg and Ruth took over Hackworthy in 1991, they began winning multiple national and local removal and distribution contracts and 15 years ago expanded Hackworthy into the self-storage industry. Although the self-storage aspect of our business grew slowly from only a handful of our warehouse units, we eventually saw the potential that the self-storage element had as an individual company. Plymouth Self Storage was born which now operates from 2 sites in Plymouth.

Reg and Ruth together accumulated many awards and accreditations including, in 1999, the BSEN12552 in Domestic Removals. This is a stamp of quality and standards, showcasing a businesses commitment to deliver high-class service and we became one of the very first companies in the UK to achieve this.

Then in 2004 Hackworthy spotted another gap in the market and we decided to expand our current business. SP Cocks Removals of St Austell was our next step and we acquired them just four years before we expanded our Plymouth Self Storage business by leasing a second warehouse.

Hackworthy, Plymouth Self Storage and SP Cocks are all thriving businesses which continue to grow every year. We hope that our history really shows the dedication, drive and enthusiasm that we have for delivering such a high quality removals and storage service. 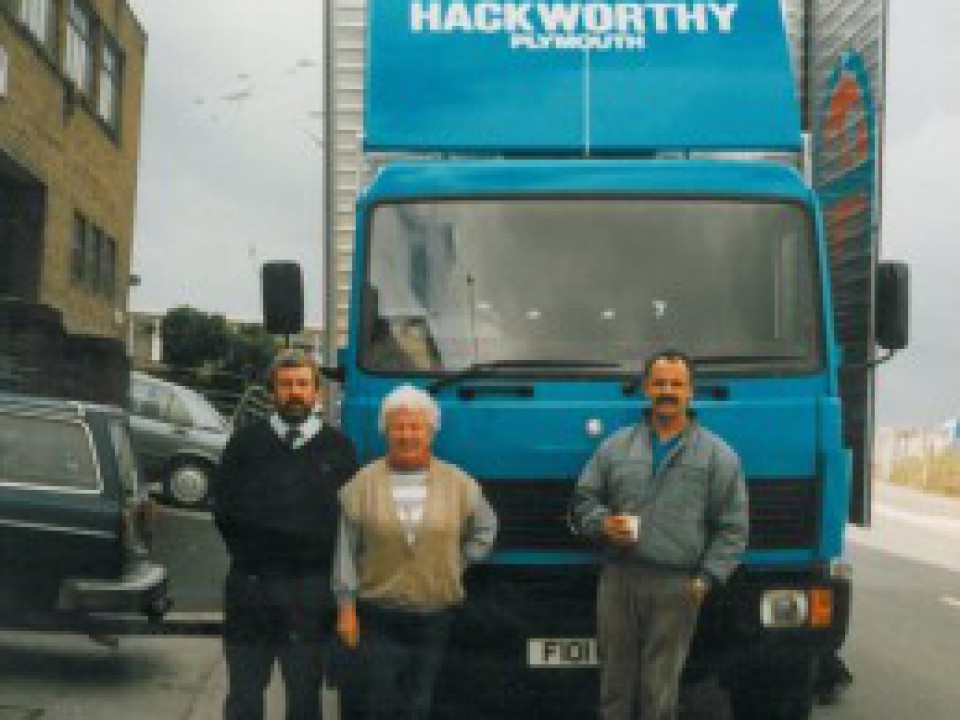